Changes In The Works 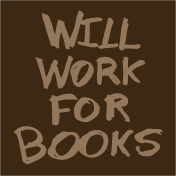 For the last three years, I've been working as a security guard ("security officer" if you want to make it sound a little more important) during graveyard shifts at an upscale shopping/office development in Scottsdale.  The company I technically work for had a contract to provide security there, but for most of those three years the actual management of the development has said they intend to move to providing their own in-house security team "in a few months".

Much to almost everyone's surprise, that's actually going to finally happen, on February 5th.  Most of the current security personnel are being offered the opportunity to be hired on as part of the "new" security team, but a sizeable proportion (including me) have decided to pass on that offer and try to find new positions elsewhere.

(At times over those three years, there have been issues with the workplace that have left me feeling very frustrated and unsatisified.  Particularly recently, and I'd already told my shift supervisor earlier this month that if things didn't change soon I'd be leaving.  The move to an in-house team isn't a move that will solve those problems, so....)

I'll probably be offered a position at one of the other properties my company has contracts with, but it may be a while before an opening becomes available.  So in the meantime, I'm already starting to send out resumes and applications to other companies and places.  With three-plus years experience and some good references, I should be able to land somewhere fairly soon.  It would also be nice to end up someplace with better pay and/or better hours and/or a shorter commute and/or a better working environment.

I'm also better off than some of the people who are leaving, because I have my retirement checks from the Postal Service and Hilde's disability that cover most of our monthly expenses.  So the idea of being without that extra paycheck for a while isn't as scary as it might be otherwise.


(No, I won't actually work for books.  But I'm willing to work for that extra paycheck that allows Hilde and me to buy books.  You can get the t-shirt that image comes from at the Unshelved store.)
Posted by Bruce at 1/21/2012 02:36:00 PM
Email ThisBlogThis!Share to TwitterShare to FacebookShare to Pinterest