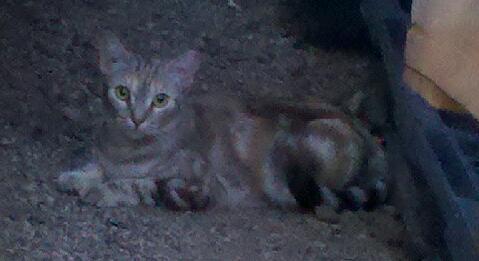 posted from Bloggeroid
Posted by Bruce at 9/09/2012 06:46:00 AM No comments: Links to this post
Email ThisBlogThis!Share to TwitterShare to FacebookShare to Pinterest

So I turn sixty today.

This is not something I expected.  In my paternal family history, almost every male for about a century has died of a heart attack before reaching the age of sixty.  It's only in my generation, with my three older brothers, that we've started living past that date.  Since they're all still alive -- my oldest brother is 65 -- it's not a complete surprise that I've managed to get there too.  But until the last five years, I've pretty much expected that I wouldn't be here right now.

When you're in your fifties, you can still say you're in "late middle age".  But when you hit the sixties, you're old.   Old.   Old.

Hilde, who is 66, is glaring at me right now.  But I still think she's hot, so her age doesn't count. (That's right, I'm talking about wrinkly old people having sex.  And now you will never get that image out of your head.  Never!  BWAH-HA-HA-HA-HA!)

So what am I going to do with the rest of my life?  Let's assume I manage to live another ten years, to age 70.

There are some things that can't be discarded.  On the money front, I'm still going to have to work for at least several more years.  The Postal Service retirement check is nice, but doesn't quite make ends meet.  We're refinancing our mortgage, which will drop the minimum payments by about $120 a month.  We're currently out of debt, and even have some money in savings, but experience says that's not a status you can expect to last forever.  We'll probably need to get a new car in the next five years or so.

Hilde's medical and physical issues mean there's a good chunk of each day devoted to assisting her with... well, pretty much everything.  (Tabbi, the young woman who lives with us, acts as Hilde's caregiver when I'm at work.)

I'd like for Hilde and I to start socializing more. One of the negative side effects of getting older is the social attrition that takes place. Putting it bluntly, our families and friends keep dying on us, we don't get out with or interact with as many people as we used to, we don't make new friends or acquaintances as often, so we get more and more socially isolated.

I need to deal with some old emotional baggage.  I've been thinking about that a lot recently.

I should start exercising at least semi-regularly again, and watching my weight better.  (I've been yo-yo-ing between the mid-170's and mid-180's for about the last year; my goal weight, where I look and feel my best, is about 165.)

I need to get a better sleep pattern going. Working graveyard shifts, I tend to sleep in chunks of several hours, interrupted by periods of wakefulness. I should have at least six hours sleep a day to function decently; I don't always get it.

I'd like to make better use of my leisure time.  Read more books, watch more movies, listen to more music.

I need to start whittling away at sorting, culling, and organizing (and disposing of some of) our household belongings, in preparation for our eventual infirmity or demise.  (Neither Hilde or I want to leave that huge task for our son Chris to deal with.)  A big chunk of that is dealing with all our books.  (And that ties in with wanting to read more books; I've always tended to buy more books than I have time to read, and after forty years, my To-Be-Read pile is, ummm, large.)

And I'd like to get more writing done.  One night per week at work is spent doing Dispatch duties, which at night basically means writing down the times that night's roving guard calls in each building check.  I've been keeping a yellow pad handy on those nights, and using the gaps between call-ins to jot down a few sentences or paragraphs on the "Alice At Zero" story I posted a bit of awhile back.   I get, usually, two or three pages filled on those nights.  But that's awfully slow progress, and I need to figure out where to find some writing time at home.