On Audio Fiction: Three Audiobooks and A Podcast

I have, on a semi-regular basis over the years, been listening to audiobooks from the local library, either at work or while commuting to and from work. First on cassettes, then CDs, then -- starting about a year ago -- downloaded via the Overdrive app onto my smartphone.  I also use the Podkicker app to download short audio fiction from various SF/F/H podcasters and online magazines (Clarkesworld, Lightspeed, Beneath Ceaseless Skies, the EscapePod/PodCastle/PsuedoPod trio, and a few others).

Sitting in a chair and using all your attention and focus on listening to an audiobook isn't something most people do very often. Most of the time, and certainly in my own case, listening takes place while doing something routine and/or repetitive. (Walking, jogging, driving, housecleaning, and, oh, a big chunk of the hours at my workplace.)

Most audiobooks I've listened to without problems. But there have been a few....

I'd like to discuss why these problems might arise, and how they might be avoided, citing a few examples of both good and bad. What makes an audiobook easy to listen to, and what makes it difficult?

To start, a few audiobook principles:

By "Structure", I mean how simple or complex the plotline of a story is. Whether it progresses in straight chronological order, focusing on one or two primary characters, or if it's presented in a more complex manner with flashbacks, asides and sometimes even footnotes, and with multiple characters or viewpoints and changes of setting.

"Characters" can be problematic both numerically and in regard to how complex and deep their characterizations and interactions are.

The audiobook of Karen Joy Fowler's The Jane Austen Book Club presented some difficulties when I listened to it recently. There are a half-a-dozen members of the titular book club, and it wasn't clear at first which were going to be the primary characters of the ensemble. (None of the characters are unimportant, but some are more important than others.) Add in flashbacks to the characters' lives prior to the club's first meeting, and things got a little complicated, hard to follow, and I had some difficulty at first remembering which character was which and which backstory was theirs.

I did, after a few chapters, get to where I could identify and follow the characters and plot without problems, and I ended up enjoying the novel very much. But if I'd been reading the print version, I could have swiftly flipped back to previous pages to refresh my memory of who was who and what they'd done. With an audiobook, it's very difficult to skim back through earlier sections.

The Golem and the Jinni by Helene Wecker presented much less problem with structure and characters. Although there are numerous flashbacks to the Jinni-trapped-in-human-form's backstory, they were infrequent enough, and distinct enough, they did not disrupt or jar the main narrative. That main narrative, involving the unusual (to say the least) presence of both the Jinni and a masterless female Golem in 1899 New York City, both trying to pass as human, is very straightforward and chronological. Besides one heck of an interesting story, Wecker also paints a portrait of fin-de-siecle New York City, both it's privileged mansion residents and the less fortunate tenants of lower class neighborhoods.

The narrations for the Fowler and Wecker books are well done. No complaints there.

The audiobook for The Rook, by Daniel O'Malley, unfortunately didn't work well in regards to the narration. My wife Hilde read the print-version of The Rook several months ago, and enjoyed it without any serious problems. The audiobook version kicked me out of the story strongly enough that I didn't finish listening to it. (I rarely leave audiobooks unfinished, I think only once or twice before.)

The Rook starts out with the classic trope of a bad-ass amnesiac hero (heroine, in this instance) coming to awareness in a situation where people are trying to kill her. This story's a little different than most in that the protagonist had advance knowledge that she'd be losing her memory, and had left a folder of documents to instruct her forthcoming amnesiac self on how to pass as, well, herself. This shortly involves reporting to her workplace (a secret governmental agency of paranormals, of dubious purpose and morality, other members of which may be the very people who want to kill our heroine) and trying to get through the workday with her loss of memory undetected.

Unfortunately for our heroine, the files left for her instruction are: 1) not as comprehensive as they should be, and 2) she has to impersonate herself before she has time to thoroughly read or study the files. The results are, well, pretty stumble-footed.

Reading that same section in print, one can create their own mental narration, giving the words whatever individual tone or cast of voice that seems best. Readers, as a class, are pretty forgiving. We want to suspend our disbelief. We want to enjoy what we're reading. When we read, we're not the writers of a story, but sometimes we're the director of the mental movie those words evoke in our head. We choose the camera angles, we choose the lighting, we choose wide views or closeups, and we choose the tone and inflection of the words and voices we're working with.

With audiobooks, the narrator provides that tone and inflection. And in the case of The Rook, that tone and inflection didn't work. The scene where Myfanwy Thomas, the "Rook" of the title, tries to pass as herself is presented as so stumble-footed, so awkward, so obvious that, rather than passing, the first co-worker she spoke to should have pointed a gun at her and asked "Who are you and what have you done with the real Rook?" Reading a printed version, the reader can make allowances for the implausibilities of that same scene. (As Hilde apparently did when she read the actual book.) With the audiobook, I found that impossible, and that was the point where I stopped listening. 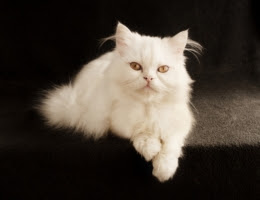 On the opposite end of that spectrum, an instance where the narration added to a story's impact, I recommend "The Mao Ghost" by Chen Quifan, translated by Ken Liu, originally published in the March 2014 issue of Lightspeed magazine. (There's a "Listen" button for the audio version on the webpage.)

I listened to the podcast version of "The Mao Ghost", narrated by Alex Hyde-White. I like to think of myself as a tough old guy, replete with manly macho manliness, but I have to admit to this: When that pivotal, essential word was spoken in "The Mao Ghost", I cried. I was just overcome with sadness and grief.

I later went to the Lightspeed website and read the print version of that story. I didn't cry that time. Maybe because I knew what was coming. But I think it was the audio element that made the difference. Alex Hyde-White's narration added an extra element of immediacy and involvement to what was already an outstanding story and made it something even more than that.

The Jane Austen Book Club, by Karen Joy Fowler -- Multiple characters and flashbacks caused some difficulty and confusion in early chapters. After becoming familiar with those characters, though, this was highly enjoyable. Recommended.

The Rook, by Daniel O'Malley -- A scene that stretched the limits of believability in the print version has that believability snapped in audio by an inappropriate narrative voice. Print version may be acceptable. I did not finish the audio version; can't recommend it.

"The Mao Ghost" by Chen Quifan -- Very highly recommended, both in print and especially the audio version. I would expect this to show up on other recommendation lists and possibly as an award nominee.  If the audio version isn't nominated for a podcasting award, well, there just ain't no justice in this world.