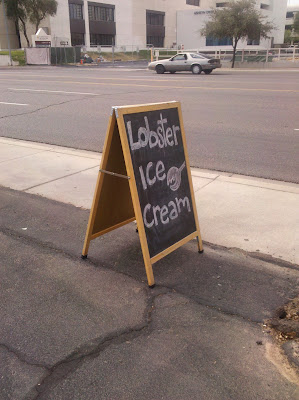 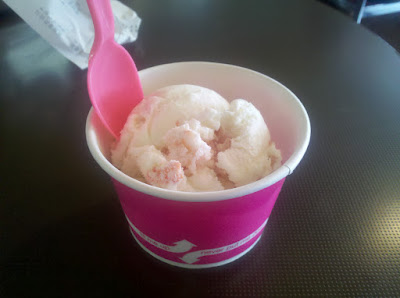 The shop that features the lobster is The Pink Spot, on Thomas Road in Phoenix.  A very nice ice cream, coffee, and sandwich shop; now that we've tried it, we'll be stopping in regularly when we're in that area.  They feature the lobster ice cream as a seasonal selection each July.  (While most of their ice creams are made locally, the lobster version is actually shipped in from Ben & Bill's Chocolate Emporium in Bar Harbor, Maine, where it was originally developed.)  Hilde and I tried samples of various other flavors before making our order; I had a full scoop of the lobster (though I was tempted by the peach habanero), but Hilde had the grasshopper ice cream instead. 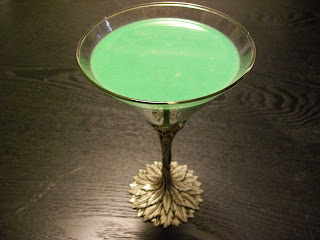 Not as in this: 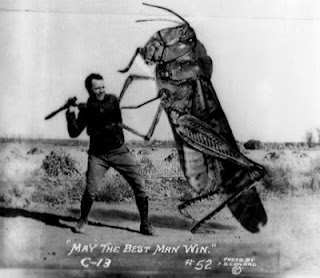 Just thought I should make that clear.

If you're not in Phoenix or Bar Harbor, and still want to try lobster ice cream, there's a recipe for making your own here.
Posted by Bruce at 7/10/2012 08:40:00 PM
Email ThisBlogThis!Share to TwitterShare to FacebookShare to Pinterest