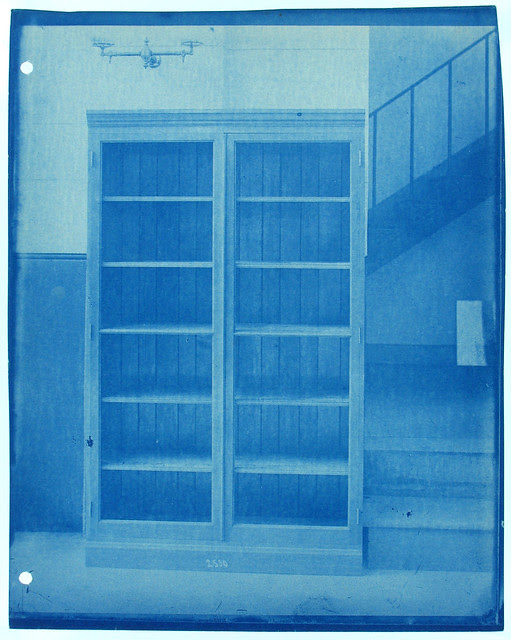 The Borders bookstore chain abandoned all hope of reorganization or sale this week and announced it will be closing its 400 stores.  Liquidation of inventory will begin Friday.

This is a shame.  It will mean fewer and fewer places where bookreaders can go in and actually see and handle and browse thru thousands and thousands of titles, all of them written by James Patterson.

Surely it was only a coincidence, that Borders' announcement came only a few days after I had -- abandoning years of standing firm on noble principles and long-ingrained habit -- installed an eReader app on my cell phone.  I start reading one friggin' digital book, and suddenly a billion-dollar chain of brick-and-mortar bookstores falls into ruin, putting thousands of people on the unemployment line and sending shock waves thru the entire publishing industry.  I'm sorry; this was not one of the mutant superpowers I've always wanted to see manifest.  It's like dreaming of being Superman and waking up to find you're actually Lex Luthor.

I suppose I can share the blame with George R.R. Martin, since it was one of his books I loaded onto my cell phone.  No, not A Dance With Dragons.  The previous book, A Feast For Crows.  Since Feast and Dance were essentially supposed to be two halves of one big book, I had thought to wait until Dance was published before reading both of them one after another.  Five years later, with a copy of Dance finally in hand, I'm not sure where, or how deeply buried, the hardcover copy of Feast I bought back then has gotten to in the house.

So, I loaded Overdrive Media Console into my Droid, and checked out a copy of A Feast For Crows from the Greater Phoenix Digital Library.  (GPDL is a central eBook source for the Phoenix library system and the library systems in the surrounding towns and suburbs.)

Getting the software installed and signing up for GPDL access was pretty smooth and straightforward.  And I'm impressed with how the book presents on my Droid's screen.  The text is crisp and clear (and adjustable in size), moving around in the book is pretty easy, and it's certainly easier to carry around my cell phone (which I do all the time anyway) than a thick hardcover.

It does suck up quite a bit of battery power, primarily because it's in use for longer periods than most of the other phone apps I use on the Droid.  I may have to start remembering to use the phone's car charger when I'm driving around town.

This may be the start of a beautiful friendship.  Or a horrible addiction.  (Omigod, the first one really WAS free!)

In case anyone think's I'm snarking on James Patterson up above... well, yeh, you're right.  I read the first Alex Cross mystery, Along Came A Spider, when it first came out.  My reaction was "Meh," and I've never bothered to read any of his other books.  So I'm always a little surprised to see how many books he's published since then, and how well they sell.

The puzzling thing is that there's no "buzz", insofar as I've encountered, about his books.  People can stand around the proverbial water cooler and talk about a Stephen King book, or a Dan Brown book, or a Stephanie Meyer book.  They talk about the plot, and the characters, for those writers' books.  But I've never heard a conversation like that about any of James Patterson's books.  What I keep hearing about Patterson is that "He's a page-turner" and, repeatedly, "His chapters are short."  So I guess Patterson is writing for the short-attention-span crowd, and it's turned out to be a pretty damned big crowd.

(Photo credit for the empty bookshelves goes to the Smithsonian Institution, via Flick Commons.)
Posted by Bruce at 7/21/2011 05:21:00 PM
Email ThisBlogThis!Share to TwitterShare to FacebookShare to Pinterest