So, how's that "weekly" link-collection thing working out so far, Bruce?

Heh. I didn't say which kind of calendar I'd use to define "week", did I? Or from which planet?

On to actual links:

The Rude Pundit, discussing the recent American Sniper film, reminds us in no uncertain terms what the Irag War really meant: "We're supposed to feel proud that men like Kyle defend us.  We should instead feel intensely angry that they died in vain."

Muddy Colors, an outstanding artists blog,  recently featured "Journeys Begun: A Look Back At Two Years of SmART School" by Todd Lockwood, providing some striking examples of the jumps in quality achieved when motivated art students learn from capable instructors. It Doesn't Taste Like Chicken, a charming vegan recipe site, provides a Pulled Jackfruit Sandwich recipe that looks delicious (and even a lot like real pulled pork!) and sounds good. It's been a long time since I've had jackfruit; I recall that the flavor was on the mild side, and the fruit a bit resistant to easy chewing; as a meat substitute, it probably works well in this recipe. I'll have to pick up some canned jackfruit next time I'm at the local Asian grocery, and give it a try.

If it's available and you want to use fresh jackfruit, here's a useful YouTube video.  The skin and rind of jackfruit produce a very sticky latex sap, especially when under-ripe, so take seriously the recommendation to oil your knives, cutting board, hands, and anything else you don't want to spend time and foul language on trying to clean up.

Posted by Bruce at 1/29/2015 11:49:00 AM No comments: Links to this post
Email ThisBlogThis!Share to TwitterShare to FacebookShare to Pinterest

Well, actually, it does make a kind of sense.

Considering that Dick Tracy has encountered villains with names like Pinkie, Bookie, Junky, Laffy, Shaky, Itchy, Wormy, Pantsy, Spready, Tapsy, Hairy, Bulky, Lispy, Bony, and more, should anyone really be surprised that Tracy would eventually run into someone named “Funky”?
Posted by Bruce at 1/23/2015 10:41:00 AM No comments: Links to this post
Email ThisBlogThis!Share to TwitterShare to FacebookShare to Pinterest

Jerkitude or Politeness? Whether To Let A Writer Know About Your Negative Review of Their Work

Ann Leckie‏@ann_leckie
Hey, kids! @-ing a writer a link to your negative review of their work serves no purpose. Unless you mean to be annoying, of course.

Personally, I'd want to be notified, even about a negative review. Discovering such things by Googling my own name -- yes, I Google myself once or twice a year, and, admit it now, you Google yourself too -- feels a little over-egotistic.

I suppose it depends on the tone and content of the negative review. When I don't like a book, I try to be valid, specific and constructive about the problems I had with the book. I also try to be phrase my words politely and as painlessly as I can.  (Sometimes this is difficult. Some of the books I've reviewed on this blog have been *ahem* very poorly written.) If someone discusses my own writing with a similar approach, I'm (probably) not going to be annoyed.

There's a reviewer on Goodreads who writes about quite a few YA titles, and whenever I see her name heading a review, I can be pretty certain she'll be going at that book (and its author) with all guns blazing and foul language rampant.  She goes at books and their authors with ax and chainsaw, gasoline and matches, and then finishes by pissing on the smoking ashes. As performance art, it's kind of impressive in a stunned, jaw-dropping way. As book reviews, any valid criticisms she makes (she does make some) tend to be vastly overshadowed by the ugly invective and inappropriate rage she brings to her reviews.  That may be the kind of "negative review" Ann Leckie's tweet is referencing.

(Ann Leckie's kind of a special case. ANCILLARY JUSTICE, and its sequel ANCILLARY SWORD, have been some of the most widely discussed and reviewed books that have come out in the past several years. If she read all the reviews and opinions people have written about her work, it'd probably be at least a part-time job on top of her normal life.) (Not a problem in my own case, certainly, with my most-recent published story way back in 2006. Self-Googling generally catches only one or two fresh comments a year about my old stories, usually "Death and the Ugly Woman" from 1986. Another reason, I suppose, to hope some of the new fiction I've been writing sells and gets out there to be read.)

So... if I write a review of your book, even a critical or negative review, I'll probably let you know about it. (That actually depends on how organized or time-pressed I am on any particular day; that varies, well, a lot, and usually not on the side of efficiency.)

[I suppose if I'm going to write about people's Twitter posts, I should actually sign up for Twitter, to be able to respond directly to their tweets.  I think I went a little over 140 characters with this post, though.]


For 2015, I'm going to try and do a regular weekly feature of  links to items I found of interest:

Writing-and-Publishing Links:
Kameron Hurley wrote about 2014: Some (Honest) Publishing Numbers, and (Almost) Throwing In The Towel.

Kristine Kathryn Rusch had a December trio of interesting "Business Musings" posts about lessons learned in 2014 by traditional publishers, independent writers, and Rusch herself:

Via James Davis Nicoll's review of Niven & Pournelle's 1974 space epic The Mote In God's Eye, I learned Robert Heinlein saw an early draft of TMIGE and responded with a long critique and suggestions for revision and improvement. Heinlein's letter to Niven & Pournelle is an excellent example of what a knowledgeable book editor (or a writer approaching a manuscript with an editor's perspective) can do for a manuscript. It covers not only "big picture" issues and suggests major cuts and revisions, but narrows in on character and background matters, and a number of minor but telling details. The letter also mentions that Heinlein used three to five working days to write such an in-depth critique. I mention that last because I occasionally see indie-authors who've paid for a book critique complain about the cost (the range for a book critique is pretty wide; I've seen figures from a couple of hundred dollars to about fifteen hundred); if they manage to find an editor-for-hire half as perceptive and detailed as Heinlein was for Niven and Pournelle, they're almost certainly getting their money's worth.

World-At-Large Links (news and politics):
Frank Serpico on The Police Are Still Out of Control

Food Links:
31 Days of Pie: The Matt Bites blog spent the month of December baking and photographing (Matt Amendariz is a professional food photographer) a wide assortment of pies, savory as well as sweet. (The Gumbo Hand Pies sound delicious!)

And while we're on the subject of pies, check out the Modern Farmer Pie Chart of Pies.

Art Links:
Japanese artist Kimiya Masago produced a 2008 art book depicting the 108 heroes of the Chinese epic The Water Margin (aka Outlaws of the Marsh). Some selections are pictured at this link; really spectacular work. 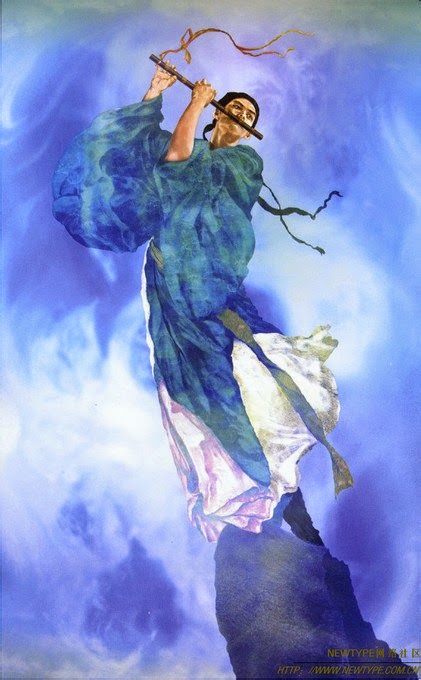 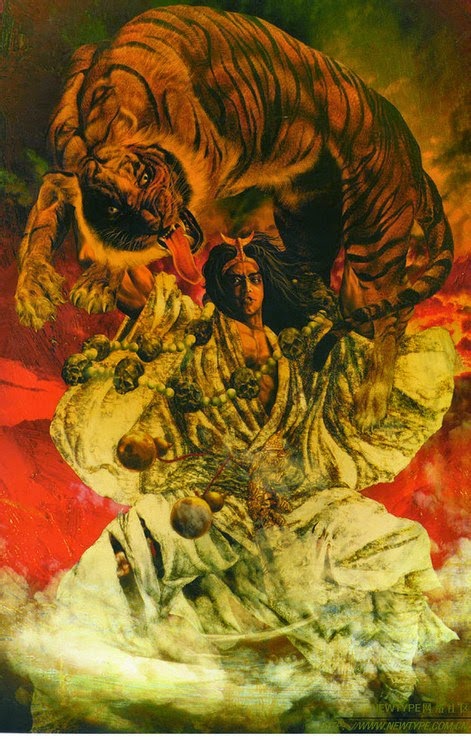 Posted by Bruce at 1/07/2015 01:34:00 AM No comments: Links to this post
Email ThisBlogThis!Share to TwitterShare to FacebookShare to Pinterest
Newer Posts Older Posts Home
Subscribe to: Posts (Atom)