My First Reprint: "The Rest of the Story" at Great Jones Street 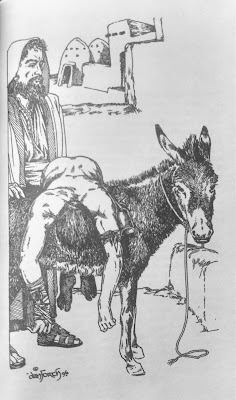 "The Rest of the Story", my short story that originally appeared in the 1997 anthology HIGHWAYMEN; ROBBERS & ROGUES (edited by Jennifer Roberson, DAW Books), is being reprinted as one of the selections for the new readers' app Great Jones Street.

"The Rest of the Story" was my 1997 retelling of the Good Samaritan Parable as a mystery/detective story set in 1st-Century Judea. (Who was the man rescued by the Samaritan? Why was he really beaten and robbed on the road?) It's a story I'm especially pleased with, and I'm glad to announce it's finally being reprinted.

Great Jones Street is a new smartphone app that wants to be "the Spotify of short fiction", with access to hundreds of short stories by a plethora of writers across multiple genres, for busy people who want to be able to read a complete piece of fiction on a lunch break or in a waiting room or standing in line at the airport, etc. The iOS version is currently available at iTunes; an Android version is forthcoming.


Posted by Bruce at 9/22/2016 09:43:00 AM
Email ThisBlogThis!Share to TwitterShare to FacebookShare to Pinterest