Looks like the motherboard on the old house desktop up and died a few days ago.  I've had a new desktop with better memory and other features sitting in a box for a while until I had time to get it set up.  I guess this is that time.

The regularly irregular posting schedule will resume shortly.
Posted by Bruce at 11/27/2013 05:12:00 PM No comments: Links to this post
Email ThisBlogThis!Share to TwitterShare to FacebookShare to Pinterest

The JFK Assassination and I 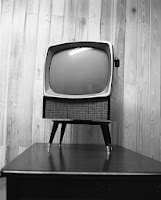 In 1963, I was eleven years old.  I don't recall the JFK assassination being reported in school that day.  I remember getting home from school to find the TV on and my mother in front of it, watching the breaking reportage.

At eleven years old, I'd like to think I was old enough to feel shock, grief, anxiety, or uncertainty abut what the future might bring.

No such luck, folks.  The major feeling I remember from those days of non-stop television coverage was on Saturday morning, when my Saturday morning cartoons weren't broadcast.  I was shocked.  I was outraged.

At eleven, I should have been at least starting to get a sense of belonging to the outside world.  I should have paid at least some attention to more than comics and television and (occasionally) school.

But  my priorities then weren't what I now wish they'd been.  I was a self-centered little git.  I pay more attention to government and politics now.  (Though I must admit that sometimes I feel it's more from a sense of self-defense than actual interest).
Posted by Bruce at 11/22/2013 09:30:00 PM No comments: Links to this post
Email ThisBlogThis!Share to TwitterShare to FacebookShare to Pinterest 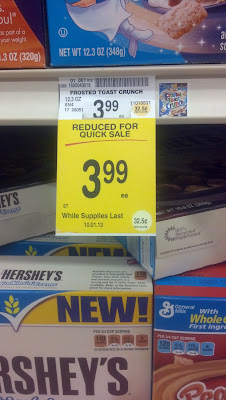 Posted by Bruce at 11/19/2013 10:35:00 PM No comments: Links to this post
Email ThisBlogThis!Share to TwitterShare to FacebookShare to Pinterest

Because cats, Internet.  Never the twain shall separate.


Posted by Bruce at 11/14/2013 01:47:00 AM No comments: Links to this post
Email ThisBlogThis!Share to TwitterShare to FacebookShare to Pinterest

The Problem With Polyester

I used to have no problem wearing polyester or other synthetic fabrics, but I seem to have developed an increasing sensitivity to synthetics over the years.  I was reminded of this at work recently when the weather cooled and I switched from my usual all-cotton shorts to the polyester dress pants issued as part of the uniform.  After several nights wearing the dress pants, I noticed a fairly extensive rash on my legs.

I've noticed a similar rash developing under the upper cuffs of my socks, which are mostly cotton but have synthetic fibers and elastic in the upper areas.

This seems to be yet another annoyance of getting older.  Synthetic fabrics, once upon a time back in my twenties or thirties, tended to be sweaty and uncomfortable, but that was all.  Poly-cotton blends, like the uniform shirts I wore during my thirty years with the Postal Service, were tolerable for a long time.  But even the blended fabrics have been feeling itchier in more recent years; I always wear a cotton undershirt with the poly-cotton uniform shirts at my current job.

Don't really like wearing long underwear with pants, though.  I'll ask my bosses at work if getting some black cotton twill pants of my own for work would be an acceptable substitute for the polyester slacks.  As for the socks, it looks like I can get some organic cotton socks from a company called Maggie's Organics that use cotton-wrapped latex and natural rubber to keep the socks from sagging; they just cost twice as much as normal socks, *sigh*.

I've actually seen this coming for a while, which is why the #2 entry on my list of Edicts To Proclaim when the Revolution comes and I'm thrust into my rightful position as Semi-Benevolent World Dictator is "#2: Polyester clothing -- BANNED!"

(Well, of course I'm going to end up as World Dictator some day.  Who else?  And when I say I'll be "Semi-Benevolent", at least you know I'll be an honest World Dictator.) (The #1 Edict will be "#1: Library overdue fines will be tax-deductible."  I keep my priorities straight, thank you.)
Posted by Bruce at 11/13/2013 01:40:00 AM No comments: Links to this post
Email ThisBlogThis!Share to TwitterShare to FacebookShare to Pinterest

We made it to this year's TusCon, a small SF convention held each year in Tucson, AZ.  This year's was the 40th TusCon; we've been going since the mid-1970's, though we've missed a few scattered years for health reasons (usually when Hilde was having surgery or recovering from surgery).

It's a small convention, usually around 300-400 members.  This is about the ideal size for a convention where you know a lot of the people; small enough to actually spend a decent amount of time talking and catching up with old friends.  (The next level of convention runs about 400-800 members, where the odds of meeting new people are greater.  I find that cons over 800 people tend to be a little overwhelming; too many people, and the people you know tend to be busier and have less time to spend with you.  Over about 1500 people pretty much guarantees my staying home.  Even thinking about trying to attend a 100,000-plus event like the San Diego ComicCon fills me with horror.)

We came very close to turning around and going home right after getting to the hotel this year.  Not the convention's fault; the hotel's, the Tucson CityCenter Innsuites.  The hotel is an older one that's gone thru several changes of ownership over the years, and predates the ADA's requirements for handicapped access.  Several meeting rooms are still only accessible by steep stairs, and only one of the sleeping-room buildings has an elevator.  I knew this, so when I made our room reservations, I specified that the room either had to be one of the handicapped-accessible or at an absolute minimum had to be on the first floor.  The Tower building, with the only elevators, has the larger rooms and usually sells out first (especially when the weekend coincides with the University of Arizona's Homecoming football game, like it did this year).  I also made sure to guarantee the room with our credit card, so it wouldn't get sold out from under us if we were running late in getting there.

We got there, after a long drive made about an hour longer by multiple wrecks on Interstate 10, to find that the hotel had rented out all the first floor rooms.  The Tower building was completely sold out, and the only room available was on the second floor of one of the non-accessible buildings.

To say I was pissed is a bit of an understatement.  Adding to that pissitude was the attitude of the desk clerks, which boiled down to "Too bad."

If it hadn't been for the fact that we've known a lot of the regular TusCon attendees for a long time, we might very well have had to get back in the car and drive back to Phoenix that same night.  But we decided to at least say hello to some of the people we knew there before we said goodby.  And one of those old friends, Gay Miller, had a Tower room with elevator access, and was willing to swap into the second floor walk-up room offered by the hotel.  So we ended up being able to stay for the weekend after all.

No thanks to the hotel.  For one last bit of annoyance, when we checked out Sunday afternoon, the desk clerk, one of the same people on the desk Friday night, said "Thank you for cooperating with us to solve your room problem."  That left me speechless (probably a good thing, because the words that came to me later weren't polite).  There wasn't any "cooperation" involved.  The room problem was solved solely between us and Gay.   Except for "allowing" us to swap the rooms, the hotel did nothing to resolve the room problem; zip, zero, nada.

If the CityCenter Innsuites wasn't the hotel TusCon's been at for about the last ten years and probably will continue to be for at least several more years, I'd never go back again.

(While I'm on a good rolling rant about the hotel, I might as well mention that this was the first year where I've really started to notice how run-down the hotel's rooms and furnishings are getting.  All the chairs and furniture had torn upholstery or damaged edges, a nightstand drawer was missing its pull knob, about half the light fixtures were missing their lightbulbs, and the carpet had a noticeable sour smell; I think a previous resident of the room probalby vomited on the floor, and while it might have been wiped up, it never really got cleaned up.)

Once we got the hotel problem solved, the rest of TusCon was its usual enjoyable weekend.  We caught up with a lot of old friends like Gay, Curt Stubbs, Jim Webbert, Alice & Marty Massoglia, Gary Swaty, Jennifer Roberson, Liz Danforth, Letitia Rhodes, and others.  We also saw Bear Peters, Good Guy At Large, for the first time in I think at least fifteen years.

We don't usually see much of TusCon's programming (the upstairs meeting rooms cut our options considerably), but what we did see we enjoyed, along with the dealer's room and art show.  (For its size, TusCon tends to have a pretty impressive art show.)  We also spent time in the Con Suite, and at the Dark Ones party.  (The Dark Ones put on the annual DarkCon in Mesa.  We're thinking of trying to make it to the next DarkCon in January.)

The Tardis pictured above was built by members of an Arizona Doctor Who fan group, who had a table in the dealers room.

And... home again Sunday afternoon.  (I had to work Sunday night.)
Posted by Bruce at 11/13/2013 12:55:00 AM No comments: Links to this post
Email ThisBlogThis!Share to TwitterShare to FacebookShare to Pinterest
Newer Posts Older Posts Home
Subscribe to: Posts (Atom)