My Brush With Flame, err, Fame

The other morning I stopped for gas at a station on the corner of a strip mall. Gassed up and started out of the mall's parking lot, when suddenly a pickup truck trailing black smoke zoomed into the entrance and past me, with a police car following closely behind. I figured, Hah, someone's getting a ticket for for a really smoky exhaust. Then I looked in my rearview mirror, and saw there were actual flames starting to leap up from the bed of the pickup truck, and growing.

I turned onto the street, went down to the next mall entrance, and turned back in, stopped, and got out my cell phone and turned on the camera. By now the pickup had stopped, the driver had jumped out and run back towards the police car, and the entire cargo bed was filled with bright flames. I held up my phone, went for a shot and realized my hands were shaking. Took a deep breath, went for a second better shot, then put the phone away and left, figuring the fire department was probably enroute and not wanting to get in their way.

On the way home, I thought about what a great pic the scene had been, and even thought about how I might send it to some of the local news stations and papers.

Then I got home and actually checked out the photos.

Apparently I hadn't pressed the shutter icon hard enough on the second, better, shot and that second shot had never actually been taken at all.

And the first shot... what I actually ended up with was an extreme close-up of my fingertip.

Damn. One of the superheroes I always wanted to be while growing up was Spider-Man. And it turns out not only that I'm never going to be Spider-Man, I'm not even going to be Peter goddamned Parker. 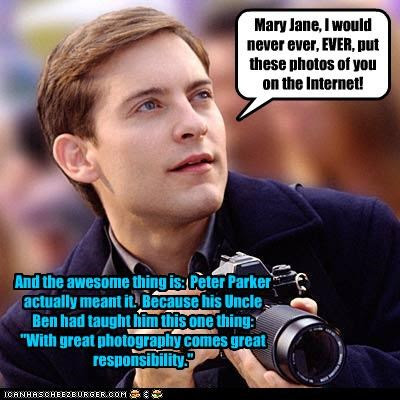 Posted by Bruce at 8/13/2015 07:25:00 PM
Email ThisBlogThis!Share to TwitterShare to FacebookShare to Pinterest