Opiates Are The Religion Of The Masses

Fountain Hills, AZ, the town where Sheriff Joe Arpaio lives, is in the news:

Sheriff Joe Arpaio said deputies got word Tuesday that Pastor Mark Derksen, Sr., 63, was selling drugs to at least 30 people in a 24 hour period from his condo.

Authorities issued a search warrant on Derksen's house where they found heroin, prescription drugs, a shotgun and pistol. Deputies also seized computers and cell phones from the home. Investigators are searching through the devices to determine the names of Derksen's buyers.

Arpaio told reporters that Derksen believed he would "bring people closer to God," by helping them get off of drugs, but in reality, he was helping them become addicts.

Deputies believe Derksen got people hooked by giving the drugs to them for free.

Oh, surely he passed around a collection plate for people to give free will offerings.

Posted by Bruce at 11/29/2012 02:11:00 PM No comments: Links to this post
Email ThisBlogThis!Share to TwitterShare to FacebookShare to Pinterest
Labels: WTFizona

I've been using Yahoo! Bookmarks to click around frequently-visited and worth-saving sites for years.  So I was a little perturbed when the Bookmarks button on the Yahoo! Toolbar suddenly vanished -- poof! -- last night.

Tried refreshing the toolbar.  No luck.

I did find that the bookmarks hadn't totally vanished into the aether.  (As other people had reported happening in the past, when I checked some various help forums.)  If I went to my My Yahoo! page (which I have reason to look at maybe once every few years), I could still access the bookmarks, though only 20 at a time.   Do-able, but a lot more awkward than the drop-down menus I was used to.

Next step was to try uninstalling and reinstalling the entire Yahoo! Toolbar.  This meant I had to re-add various other buttons I use (Groups, Flickr, a few others).  I tried adding the Bookmarks button again, but it still just spun in circles, forever.

So I went on adding back the other buttons.  And when I hit the "Add App" for a Notepad button... all of a sudden the Bookmarks button popped back up on the Toolbar.

I gather that Yahoo! has been losing users for quite a while, which reduces their revenue, which means they've cut back on support for various features.  This may have something to do with the problems I encountered.

So maybe it's time to start thinking seriously about dropping Yahoo! and going to some other provider for email, bookmarks, etc., before they do a GEnie and vanish completely.  (Well, Yahoo! will probably continue to exist in some form for years to come.  After all, AOL is still around... somewhere... I think.  Isn't it?)

But I really don't want to have to go thru all the dead ends and non-working solutions I tried since last night, again.  Because it's just a little... 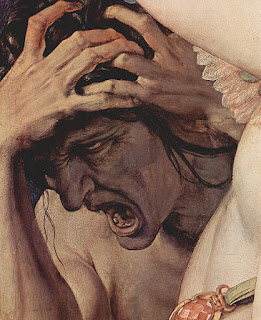 Sleep: More Irregular Than Ever I've been living with an irregular sleep pattern for years.  A large part of this comes from working graveyard shifts four nights a week and trying for a more "normal" wake/sleep pattern the other three days.  One of the by-shots of this has been that I generally only sleep about six hours per night.  Less, a lot of nights.  So I've gotten pretty used to going around mildly sleep-deprived and feeling tired.

But three times in the last two weeks, I've slept for twelve hours pretty much straight, with brief interruptions for giving Hilde her mid-morning meds, letting the dog out and back in, and annoying phone calls.  (Death Rows in prisons across the world are filled with simple murderers, but the person who invented robo-calling is walking around free.  There is no justice.)

You'd think this would be a good thing, that it's just my body catching up to the lack of sleep on other days, but: 1) Those unexpected extra hours of sleep I've been getting are hours I expected to be awake and trying to Get Shit Done.  Pre-Thanksgiving shopping?  Didn't get done today.  Sorting and organzing and filing papers?  Didn't get done.  Donating blood?  Didn't get done.  So I'll have to try and cram that, and more, into tomorrow's waking hours.  Annoying.  And 2) Why start this new trend now, when I've been running on short sleep for years?

Also, it's a weird feeling to wake up and feel mushy-brained from too much sleep.

(This post brought to you by Grumps-R-Us.  Fine complaints for every situation, no matter how positive.)
Posted by Bruce at 11/21/2012 12:02:00 AM No comments: Links to this post
Email ThisBlogThis!Share to TwitterShare to FacebookShare to Pinterest 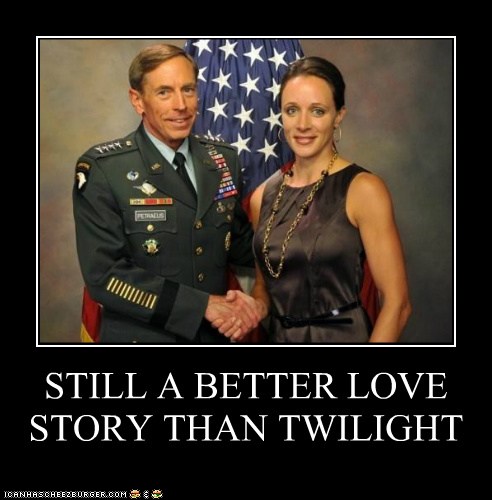 (I usually post my own LoLs here, but this one was too good to not share.  Posted on cheezburger.com by "Unknown", or I'd give the creator all due credit.)
Posted by Bruce at 11/15/2012 04:56:00 PM No comments: Links to this post
Email ThisBlogThis!Share to TwitterShare to FacebookShare to Pinterest

Vote or Die: Choose One

No, really.  This woman will try to kill you if you don't vote.

GILBERT, Ariz -- A pregnant Gilbert woman is facing domestic assault charges, accused of running over her husband because he didn’t vote in last week’s election.
Several witnesses called the Gilbert Police Department Saturday, to report a disturbing sight in the parking lot of a restaurant.

According to the police report, Solomon's husband told investigators his wife hates President Barack Obama, blaming the president for her family problems.

When the husband told his wife he didn't participate in the election, that's when police said things got ugly.

Of course this took place in Arizona.  Of course it did.

Posted by Bruce at 11/12/2012 10:30:00 PM No comments: Links to this post
Email ThisBlogThis!Share to TwitterShare to FacebookShare to Pinterest
Labels: WTFizona

Packing for the Con 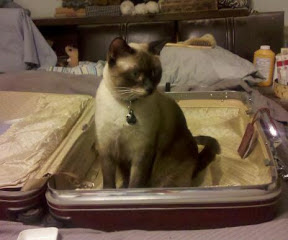 Posted by Bruce at 11/09/2012 05:10:00 PM No comments: Links to this post
Email ThisBlogThis!Share to TwitterShare to FacebookShare to Pinterest

My Own Private Archer 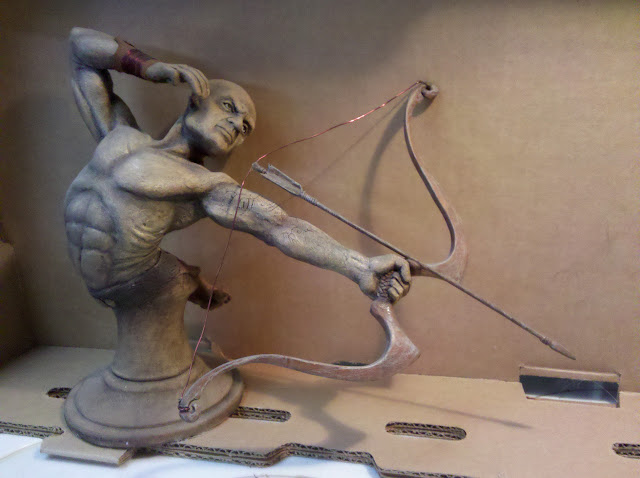 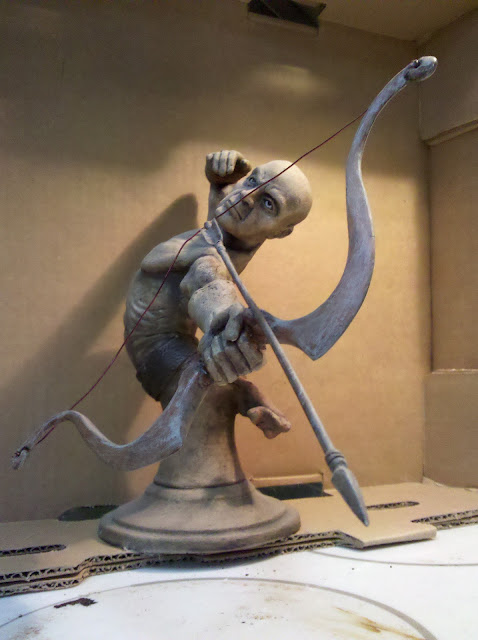 Over at Tor.com, Irene Gallo has a long post featuring some of her favorite paintings and illustrations of archers and bowmen.  I thought I'd share this piece from Hilde's and my own little art collection, "Archer" by artist Jim Humble.  (One of the pieces in my winged-cat collection is also by Humble.)

(The backdrop isn't too fancy-schmancy, is it?)
Posted by Bruce at 11/01/2012 04:05:00 PM No comments: Links to this post
Email ThisBlogThis!Share to TwitterShare to FacebookShare to Pinterest
Newer Posts Older Posts Home
Subscribe to: Posts (Atom)